by David Michael Augenstein Journal of Natural Food and Health

The results are presented in the bar chart below; the complete data and study results are here. The data is compared to the national German KIGGS health study of the children in the general population. Most of the respondents to the survey were from the U.S. The data was collected from parents with vaccine-free children via an internet questionnaire by vaccineinjury.info and Andreas Bachmair, a German classical homeopathic practitioner. The website is not a pretty one (including Google ads for vaccines) but the actual data is what counts. The independent study is self-funded and is not sponsored by a large “credible” non-profit or government health organization with political and financial conflicts of interest. Each one of the 8000 cases are actual cases with medical documentation. Three other studies had similar results according to Bachmair and are reported below.

No study of health outcomes of vaccinated people versus unvaccinated has ever been conducted in the U.S. by CDC or any other agency in the 50 years or more of an accelerating schedule of vaccinations (now over 50 doses of 14 vaccines given before kindergarten, 26 doses in the first year). Most data collected by CDC is contained in the Vaccine Adverse Event Reporting System (VAERS) database. The VAERS is generally thought to contain only 3 to 5 percent of reportable incidents. This is simply because only some immediate reactions are reported by doctors; but many are not admitted to be reactions to the vaccine. Most importantly, the VAERS numbers are only immediate reactions, which I would place with a few hours to a few weeks. Long-term vaccine-induced diseases and disorders are not recognized by parents or doctors when these conditions develop perhaps a few months to five years or more and would never be realized to come from multiple vaccinations. In other words, many children and adults have diseases and disorders that are vaccine induced and they never suspect they are from the vaccines, as this study indicates. 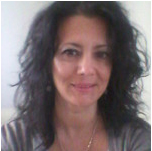